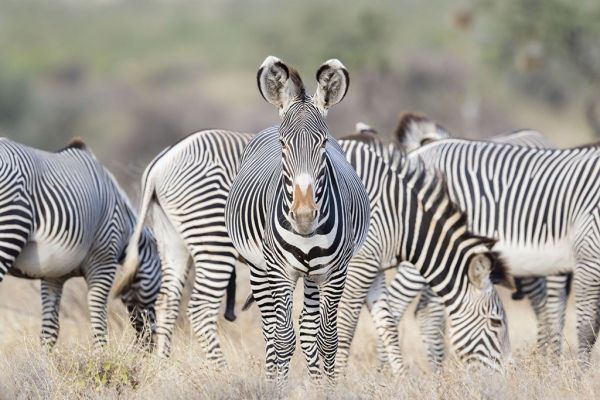 Lewa serves as a safe refuge for the critically endangered black rhino and the  Grevy’s zebra, as well as  elephants, lions, giraffes, wild dogs and other iconic wildlife species in Kenya. That notwithstanding it’s also home to more than 400 species of birds.

Tens of thousands of rhinos once thrived in Africa’s landscape. Since the beginning of the 20th century, humans have pushed the species to the brink of extinction. In the 1960s, Kenya was home to an estimated 20,000 black rhinos, but just two decades later, poaching had reduced the population to less than 300.

Today, the survival of one of Africa’s iconic species rests on long-term solutions that involve local people, securing its habitat and reducing demand for its horn.

The work to protect the rhino was the catalyst that led to Lewa’s founding.  Since 1983, Lewa has provided a safe and suitable home for rhinos. As the first and the leading pioneer in private rhino sanctuary in East Africa, Lewa’s rhino population has grown from an initial 15 rhinos to 169 rhinos today.

As one of the successful sanctuaries for rhinos, Lewa is working with a growing number of partners across Kenya and Africa. Together, we share a common mandate to help the rhino rise out of near-extinction and push the boundaries of what is possible in conservation.